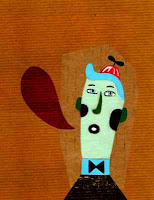 Another night in another bookstore. The room filled to capacity. Eagerly my prospective readers wait, eyes fixed to the podium. Tonight they are inquisitive, “Why did you write this book? What was the creative process like? Does everyone need a Guru? What’s next?”
I’ve heard these questions so often I have time to think. I wonder who they see? Is it the writer, the teacher, the president of a non-profit organization, a seeker? Is it me? Feeling some distance, I let go and come back to the moment. I smile and answer as best as I can. I wait for the right moment to share some knowledge about the mind, emotions and breath. They want more. “What about conflict? How do you not get into conflict with co-workers or people who just keep pushing you into an argument?”
I respond evenly, “No one can make you do something you don’t want to do. Choose not to fight.” The crowd looks intrigued. “You can’t fight someone who doesn’t want to fight. It would be like fighting with yourself? Maybe that’s the sound of one hand clapping.” I think of explaining, saying something more. Maybe my answer was not enough? Have I left them confused? No one says a word. I stand in an ocean of stillness, feeling the grace of Sri Sri, my mentor. I’m reminded of his words and feel calm inside. “Don’t be the doer,” he has told me. “It is not what you say or do, it is your presence that makes a difference.”
There is an undeniable peace in the room. It seems like a good time for us to meditate. My audience is content and settles deep within. After the talk, I’m whisked away for a more intimate gathering with the local volunteers. Without them this event could not have come together. As I sit with them I am in awe, observing how people attracted to Sri Sri’s knowledge are drawn from such disparate sources.
Throughout my visit, the volunteers share their insights and personal anecdotes. They share their own treasures, causing me to wonder, who is teaching whom?
at 1:17 PM 5 comments 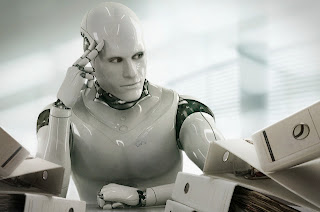 Yesterday, a podcast of a weekly radio show, made me think about how nature can structure balance and knowledge in our life. The show I was listening to was NPR’s This American Life. There’s usually a theme to each episode and a variety of stories on that theme. They are mostly true stories about everyday people.

This week’s show was about people who were held hostage in various ways. The last segment was about a man who held captive by love. Matt, a 39-year-old professor and neuroscientist, has strange attacks during which his muscles get heavy, he loses control and is eventually unable to move. These attacks can last up to two hours and can happen several times a day. He has fallen down stairs, cannot drive, and police and paramedics have had to come to his aid many times. Matt has narcolepsy with cataplexy. Over a million people suffer from this disease, which causes a sudden loss of muscle control while awake. The attacks are usually triggered by strong positive emotions. So for the last four years, whenever Matt experiences compassion, happiness, love or other positive feelings, he becomes completely paralyzed. He can’t even pet a puppy without collapsing.

This disease has affected his marriage, his family and social life. To adapt, Matt has trained himself to be like a robot. He doesn’t engage himself emotionally. He tries to enjoy things less and keeps a lid on his enthusiasm. On the radio show he explains that no matter how hard he tries to control his environment and emotions, he can’t avoid happiness. It finds him no matter what.

I have no idea what Matt’s karma is, but his reaction is extreme. Yet strong emotions do overwhelm most people. They just get paralyzed in less obvious ways. Experiences are often a portal, an opportunity to bring us back into balance and give us wisdom. We usually think that part of spiritual development is not getting un-centered when feelings or situations we consider negative arise. Rarely do we make this assumption when it comes to feelings we enjoy.

Sri Sri has often explained that the peak of all feeling takes you inward. Being centered is realizing the source of joy is not in the objects or people outside, it is within. It seems that if someone was in touch with their source of joy at all times, they wouldn’t be thrown off when a strong emotion is triggered from outside. It would be no more than the ripple of a wave across the ocean.